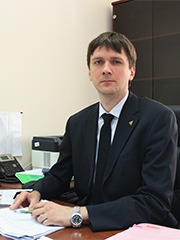 2) Head of the State Contract (N P 1473 from 03.09.2009) "Directed synthesis and investigation of potential components of multiposition molecular switches based on bifhotochromic spirosystems" 2009-2011 in the framework of the Federal Program "Scientific and scientific pedagogical staff of innovative Russia"

3) Head of  the project financed by the Grant of the President of the Russian Federation (МК-1629.2012.3) "Bisphotochromic systems based on spiropyrans and 2H-chromenes - prototypes of multiposition molecular switches" 2012-2013.