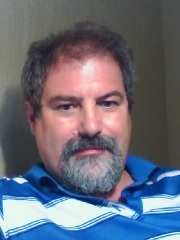 Archeology of the Bronze Age of Eastern Europe, the study of the processes of culturogenesis. Systematics of the funeral rite, the typology of primitive ceramics.