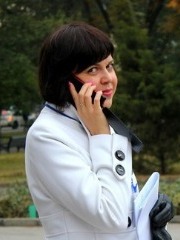 The issue of inter-ethnic relations became one of the most urgent and vital challenges the Russian state has faced in the modern age. Rapid territory expansion, emerging imperial space, incorporating provinces and state of various levels of political and socio-cultural development required the Russian government to work out some flexible algorithms for managing the national outskirts, making managerial decisions, forming a complex of doctrines and strategies for heteromorphic imperial objects. At the same time the national discourse throughout the XIX century was growing to become an integral part of the Russian intellectual tradition, attracting the attention of different social thinkers. Prospects for further development of the Russian Empire, gradually perceived as increasingly heterogeneous state entity, came into the focus being the subject of in-depth intellectual reflection. The public figures stance on this issue was partially fuelled by the political interests of some of them; on the other hand, it was a kind of intellectual response to the actions of the Russian Empire’s authorities.