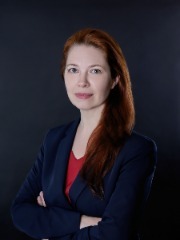 The publication list contains papers, chapters and a monograph highlighting the role of extraeconomic factors such as culture and social norms and patterns in the economic behavior at the macro- and mezzo-level.  The achievements in this field are proven through participation and leadership in a number of projects, such as Communicative strategies in multicultural regions, Multiculturalism as the paradigm of the postcolonial development, Super-Diversity and Citizenship in the European Union.