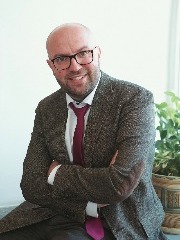 Professor Victor Apryshchenko is Director of the Institute of History and International Relations at the Southern Federal University, Rostov-na-Donu,
Russia. His research focuses on political hisotry of Europe, including Russia, historical memory management in Europe and Russia, and theories of nation and nationalism. He is the author of monographs and articles on historical and social memory and European intellectual culture.

Doing on political history of Europe from 19th to 21st centuries and published monographs such as ‘Scottish Clanship in Early Modern Times’ (Rostov-na-Donu, 2006), ‘The Union and Modernization: the Constructing the Scottish National Identity in 18th and 19th Centuries’ (Rostov-na-Donu, 2008), 'Scottish History in Modern Times: in Search of Identities (St. Petersburgh, 2016) prof. Apryshchenko is an initiator of a number of projects where he serves as academic coordinator and supervisor. Among such recent projects are Jean Monnet Network (2015-2018) and Jean Monnet Chair (2018-2020). Recently he has also been a Fellow in San Diego State University (CA, USA) and London School of Economics  and political Science (UK) where he has an established academic cooperation.

As a scholar of European political history he is the author and co-editor of ‘Political Culture of 19th Century: Russia and Europe’ (Moscow, Institute of Universal History of Russian Academy of Science, 2005), ‘Dialogue with Time: Memory and History’ (Moscow, 2008), 'Trans-Border Migration into Russia’ (Moscow, 2008).

In Rostov, prof. Apryshchenko is also the Head of MA programme in Ethnic and Confessional Processes in Europe and Editor-in-Chief of 'The New Pas't academic journal www.newpast.sfedu.ru

He is a member of the Association for the Study of Ethnicity and Nationalism (LSE, London) and Russian Society of Intellectual History (Institute of Universal History, Moscow).

His most recent publications include