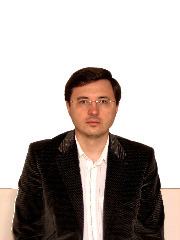 Academy of Psychology and Education Sciences

The scientific degree of the full doctor of the political sciences is honored to him by the official decision of the Dissertational council number D 502.008.02 from 22 of December of the 2011 Year number one on the basis of the Northern-Caucasus Academy of Government Employments.

Sergey Vladimirovich Kotov is the official member of the Dissertational councils number D 212.208.31 at the Southern Federal University and D 504.001.27 on the basis of RАPE_and_GS. He is a member of the scientific council of the Academy of Pedagogics and Psychology of SFU and also the member of the social council at the Government of Internal Affairs of Russian Federation in the Northern-Caucasus district.

. He has successfully graduated the courses of increasing the qualification according to the programs:

S.V. Kotov takes part in the scientific conferences of various levels, including the following items:

2. International Scientific Conference “The theoretical and methodological problems of the modern education” (Moscow, 2014).

3. International Scientific and Practical Conference “ The integration of the science and practice as a way of the effective development of the modern society” (Moscow, 2014).

4. The All-Russian Scientific and Practical Conference “The person in the culture and education: the psychological accommodation, development and socialization” (Rostov-on-Don, 2014).